Power of Choice - Rewrite Your Mind 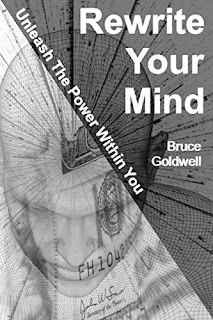 One of the most amazing authors and speakers of our time is T. Harv Eker. He travels the world teaching people that they can be millionaires and tens-of-thousands of them have changed their life's and are now living in financial abundance.

But what about those that are still just making it from day to day?

If I have learned anything in life it is that I get to choose what I want to do and have in life. I use to be hypnotized by what I learned in school that getting a job was the answer to my dreams.

In the last year or so, millions of people are learning the same lesson that many learned before them and that is: the system is not stacked in their favor.

Until people take matters into their own hands they will be left to be tossed around by the whim of not just government controlled programs but by their own belief that someone or something outside of their own life will pick them up when they fall.

The only way that people can become financially free is to become free financially. And to do that they have to change their mind and decide that they will live in abundance.

We all have seen ads saying "earn $10,000 a month" but over 95% of American's do not believe they can achieve that kind of income.

Think about it! If a person is making One Millions Dollars a year, they are earning $83,000 plus per month. Ten thousand dollars monthly is nothing compared to $83.000 per month.

There is only a small handful of people that see $10,000 a month as being small change. Everyone else thinks it is a pipe dream that only the gullible believe and that only those who are already rich have achieved.

For people that have a millionaire mind, they are attracting opportunities almost on a daily basis that can help them achieve the financial freedom that they inwardly are choosing to achieve. They do their research to see which opportunities are real and which ones are fake. This is called due diligence.

To achieve it you must first believe it!

Is there anyone that has not heard of "Think and Grow Rich?"

Napoleon Hill launched more people into the status of millionaire then any author previous to him. And he might just hold the record for some time to come.

But where is your mind? Are you still hypnotized?

Until people break free of the belief, or rather being hypnotized to believe, that becoming rich is only for those who were born with a silver spoon in their mouth or for the very lucky at best, they will be caught in the quagmire of being under-achievers.

The one thing that we all have in common is that we can dream. How big our life is depends on how big our dreams are. The bigger our dreams the bigger life we lead.

The more we believe we can achieve great things, the greater things we achieve.

In 2010, there will be tens-of-thousands of people who will achieve financial independence then in the past 4 years. These are people who do not follow the crowds but rather will be people who lead the crowds.

You must have heard that more millionaires are made during recessions then when times are good. Are you one of those that have decided in your mind that you will be one of those that become rich rather then take the path to the poor house?

You should place your hand on the side of your head just as T. Harv Eker instructs his followers to do and say, "I have a millionaire mind!"

Do that as many times a day as you need to until you start to feel an energy swell up inside you that makes you realize that you are on your way to becoming a millionaire.

The law of attraction is not a thought but a feeling. When you have the feeling that you are moving toward your dream, it will only be a matter of time until you see the dream manifest.

First you must believe, then you must feel, then you will achieve it. To achieve financial freedom you will need to take action somewhere along the path of your life that is different then what you are doing now.

When you believe you will earn $10,000 a month you are only a few short steps from earning millions of dollars a year. The only limit to how much you earn is the one you place on it.

Take the cap off your thinking and start building a millionaire mind and take action that will lead you to your greatness.

The choice is yours