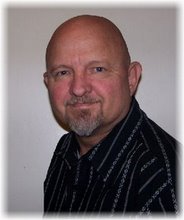 With Lots of Free Time

ARTICLE from 2009
For many people, they have grown up thinking that companies like Gerber, Kellogg's and other manufacturers of products have been around since the dark ages. But the truth is that there are countless numbers of companies that sprung up right in time to be ahead of the curve of the baby boomer generation. Nineteen years with over 75 million births!

Now if companies like Gerber, Kellogg's and other huge manufacturers made their billions (many times over) on baby boomer's, how is it that a new generation of enterprising people can make millions on baby boomer's when they retire? What do retired people do? They play lots of Bingo (hint #1). They do lots of road trips (hint #2). And they do things like travel and take cruises (hint #3).

All you have to do is look at what retired people are doing today and you can see what the baby boomer's will be doing when they retire. There will even be many baby boomers who retire and even though they don't have a full time job any more, they will still find a way to make money to supplement their retirement income.

And if boomer's are really resourceful, they will end up making more money in their retirement years than they did working. You don't have to look very far to find people who have worked all their life at a job they hate or at the very least don't like very much. They only worked where they were because it was a "stable" job.

But once these boomer's are free of a job that they are not happy with and didn't really give it their all, they can then move on to something they do enjoy and put 100% of their energy behind it.

I for one have waited many long years to see the world. And part of my retirement is going to be traveling to other countries as well as taking relaxing cruises to the islands off of Florida and through the waters of the Alaskan shorelines. And I already have a plan in place to earn more money than I have since I started working at 14 years old with my paper route until now.

I have already given three hints that can be targeted for research to figure out where one can place their attention. If I were going to put my money on anything, the travel industry would be my first choice. With just under 80 million people having lots of free time on their hands, this industry is gong to be one of the silos where financial recovery occurs first.

A high percentage of boomers will be capitalizing on their chance to see the world and those that tap into this industry as a way to earn money will be like the Gerber's, Kellogg's and others of the 50s & 60s. RICH!