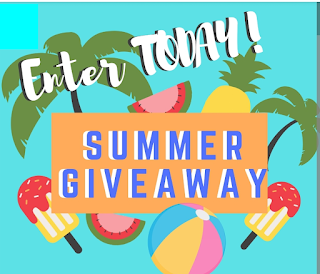 Bruce Goldwell, an inspirational author calls social media influencers all over the USA in the “Summer Contest for Social Influencers” 2022. The contest will allow the participants to win bi-weekly prizes, monthly prizes, and a grand prize at the end of the contest.

USA - The Bruce Goldwell's Summer 2022 Sales Competition is an exciting upcoming contest where any social influencer or blogger can show their talent and skills. The contest will revolve around the participant influencers showcasing their Amazon sales for the book series “Dragon Keepers”.

Dragon Keepers is a series of novels written by Bruce Goldwell. This third-person narrative, fantasy adventure series has received a lot of positive ratings on platforms such as Amazon, Goodreads, and more. It’s time for social entrepreneurs to portray their skills and prove that they can generate sales through their connections. Participating in this social media marketing giveaway contest will allow the social influencers to enhance their skills and reveal their talent.

The contest participants will submit screenshots of their sales for Dragon Keepers on Amazon. The person with the highest sales will receive prizes. These prizes include Amazon gift cards of $50 and $100, along with a grand prize of $1000 cash. The gift card prizes will be sent out bi-weekly and monthly, whereas the grand prize will be sent out at the end, only to the best performer of the entire contest.

The sponsor of the contest, Bruce Goldwell, while talking about its detatls said: “The Summer Sales Contest ts going to be an amazing platform that will encourage social media influencers to expand their reach. It ts a chance for them to prove what they are capable of. The contest is a great way for such influencers and bloggers to make money while talking about Dragon Keepers series.”

Bruce Goldwell is an American author weand founder of Bruce Goldwell Books, known for his famous fantasy adventure novel lineup, Dragon Keepers. The author has received positive feedback regarding his work. He remains an inspiration for young, aspiring authors.